On the forecast track, the center of Hanna should make landfall along the Texas coast within the hurricane warning area this afternoon or early this evening. Additional strengthening is forecast before Hanna makes landfall later today. Rapid weakening is expected after Hanna moves inland. 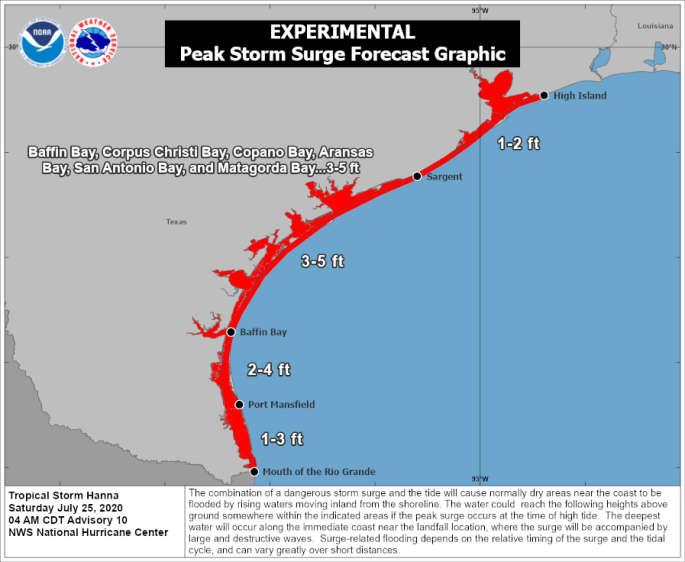 1. There is a danger of life-threatening storm surge along the Texas coast from Port Mansfield to Sargent, where a Storm Surge Warning is in effect. Residents in these locations should follow the advice given by local emergency officials.

3. Hanna is expected to produce heavy rains across portions of southern Texas and northeastern Mexico. These rains could result in life-threatening flash flooding and isolated minor to moderate river flooding.