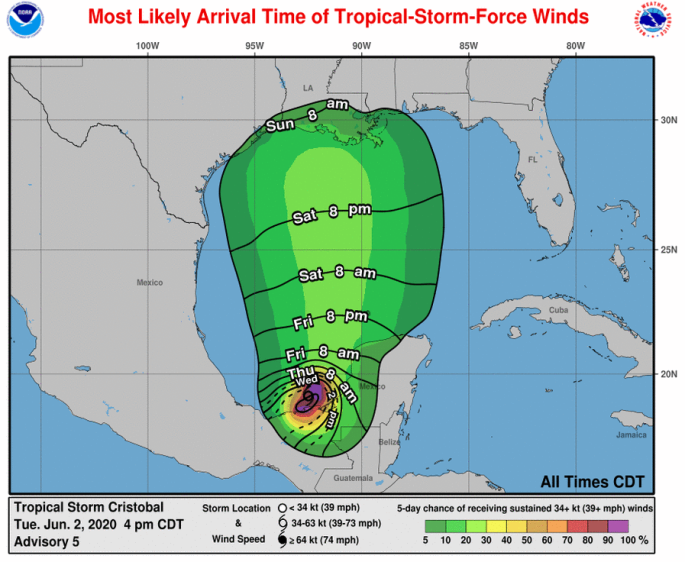 With the latest updated information and projected path of Tropical Storm Cristobal, there is a small possibility that we could see tropical-storm-force winds as far east as Mobile County starting on Sunday morning. The good news is that if those winds are able to make it that far east, they will be on the weaker end of the scale for tropical storms. We are still too far out to know exactly where Cristobal will end up heading, the general consensus of the models have landfall occurring somewhere between Galveston, Texas and Biloxi, Mississippi on either Sunday afternoon or evening. Rough seas and dangerous rip currents may occur sooner than that. 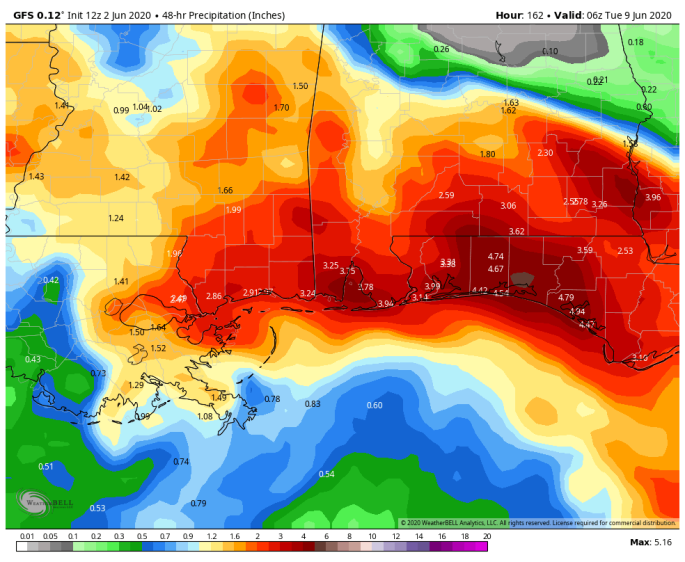 The GFS is projecting plenty of rainfall for the southern half of Alabama for this weekend and through Monday night, showing 48-hour rainfall totals potentially reaching 2-4 inches across the South Alabama counties and 1-2 inches for the extreme southern portions of Central Alabama (south of the US-80 and I-85 corridors). Heavier rainfall totals may occur in the western Florida panhandle, especially west of Tallahassee.

Here is the latest from the National Hurricane Center: 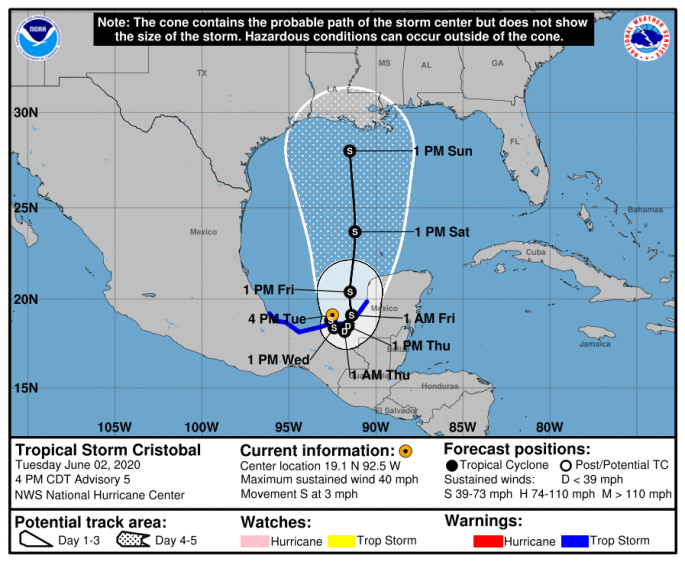 FORECAST DISCUSSION
Observations from the Hurricane Hunters around midday indicated winds to tropical storm force over the southwestern quadrant, so the cyclone was named. Since that time, scatterometer data suggested that the wind field has become a little more symmetrical. The current intensity is held at 40 MPH for this advisory, which is a little above the subjective Dvorak estimates. Some strengthening could occur overnight since the cyclone is in a conducive atmospheric and oceanic environment. However, it now seems likely that the system will make landfall over eastern Mexico on Wednesday which should cause weakening. Assuming that the center emerges over the Gulf of Mexico later in the week, some re-intensification is forecast. However, stronger shear over the northern Gulf should limit the increase in strength. 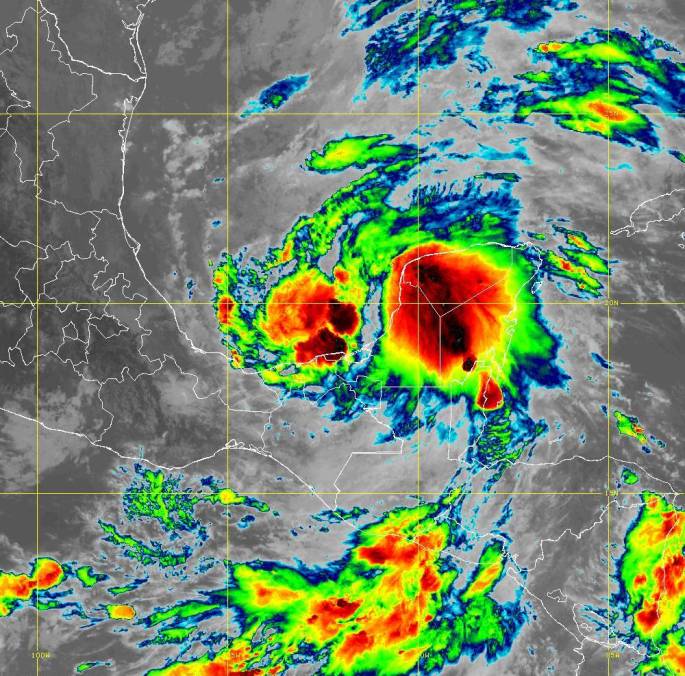 Satellite and radar imagery from Mexico indicate that the cyclone is moving slowly southward around 3 MPH. The system appears to be rotating within a larger cyclonic gyre centered over eastern Mexico. The global models show that Cristobal will be trapped between two high-pressure areas and have little overall movement for the next few days. However, the slow, cyclonically looping movement of the cyclone should take the center over eastern Mexico on Wednesday and Thursday. Later in the week, increasing southerly flow should steer the system northward over the Gulf of Mexico and near the northern Gulf Coast by the weekend. 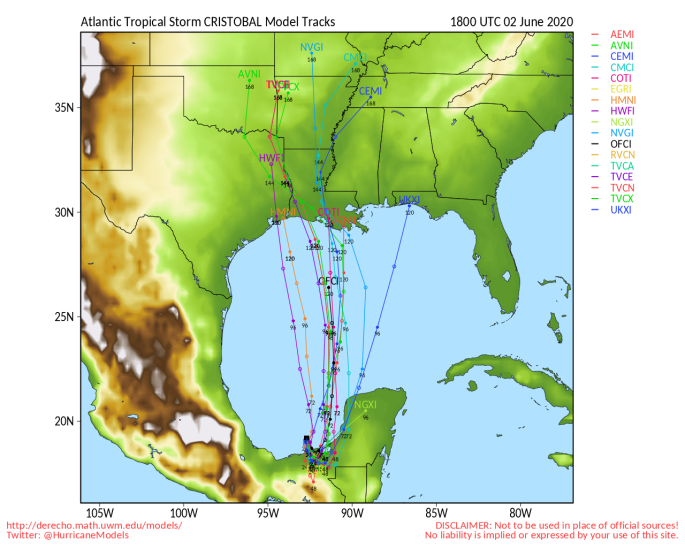 The official track forecast lies near the latest dynamical model consensus and is roughly in the middle of the track guidance suite. Given the spread in this guidance, there is a significant amount of uncertainty in the NHC forecast at days 4-5.

2. Tropical storm conditions will continue along the coast of Mexico where a tropical storm warning is in effect.

3. Cristobal is forecast to begin moving northward across the Gulf of Mexico on Friday, and there is a risk of storm surge, rainfall, and wind impacts this weekend along portions of the U.S. Gulf Coast from Texas to the Florida Panhandle. While it is too soon to determine the exact location, timing, and magnitude of these impacts, interests in these areas should monitor the progress of Cristobal and ensure they have their hurricane plan in place.