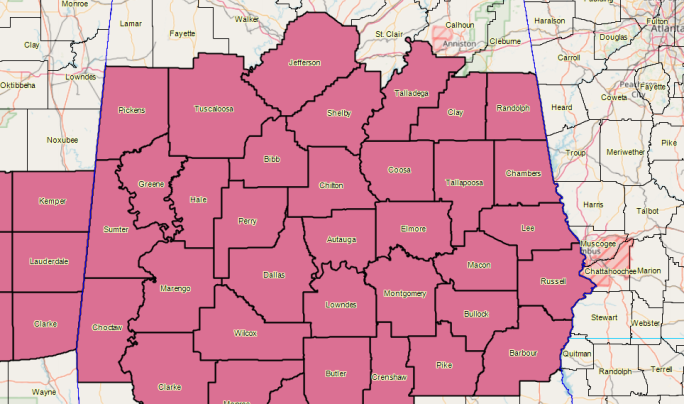 NWS Birmingham along with the Storm Prediction Center has issued a SEVERE T-STORM WATCH for the southern 2/3rds of Central Alabama until 9:00 pm tonight.

Here is the text from the Storm Prediction Center:

The NWS Storm Prediction Center has issued a

* Effective this Wednesday afternoon and evening from 240 PM until 900 PM CDT.

SUMMARY…
At least isolated strong-to-severe thunderstorms will continue to develop and intensify within a corridor from south-central/eastern Mississippi into south-central Alabama. This includes the potential for some supercells and organized clusters capable of large hail and locally damaging winds as storms move east-southeastward through early evening.