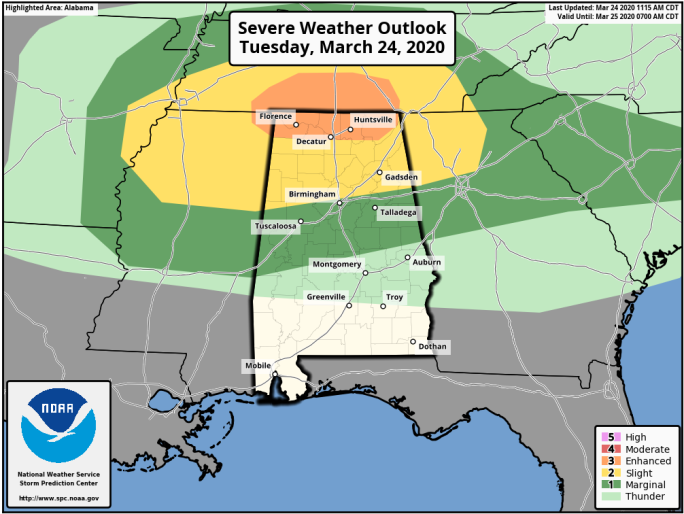 The threat for tornadoes, large hail, and damaging winds will be focused this afternoon and evening across North Alabama and for the northern half of Central Alabama.

We’ll have a shortwave that will move eastward into the Tennessee Valley by this evening and combined with daytime heating along with breaks in the clouds, instability will be in a decent range for strong to severe thunderstorm development and the potential for strong to severe storms.

Strong vertical shear and decent helicity will favor supercell development as storms will develop over the southwestern parts of Tennessee and the northern parts of Mississippi. Those will eventually move into the northern half of Alabama late this afternoon and through the evening hours. The better chances of those stronger to severe storms will be in and around the boundary that was leftover from this morning’s activity. With this type of environment expected, a strong tornado or two may be possible in the Enhanced Risk area. 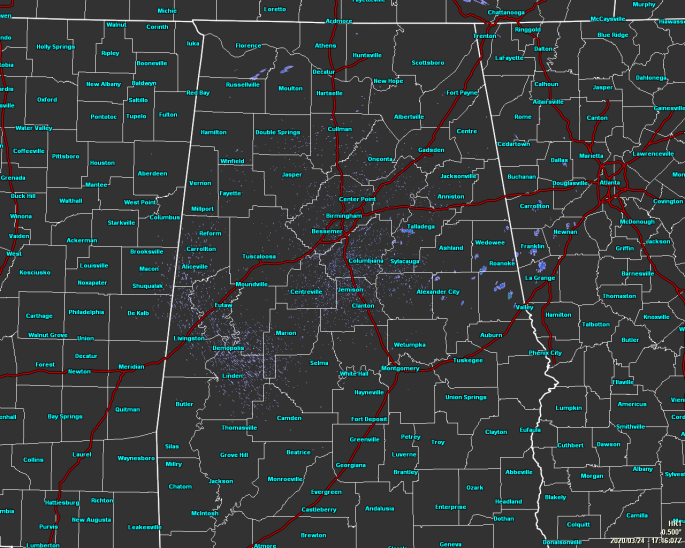 As of 12:20 pm, it is pretty quiet across North/Central Alabama, but we can expect those showers and thunderstorms to start moving into the northwestern parts of the area around 3:00 pm to 4:00 pm and will exit the southeastern parts of the area after midnight tonight. The main window for stronger to severe storms will be from roughly 3:00 pm to 9:00 pm for locations in the threat areas along and north of I-59 and I-20/59, and from 8:00 pm to midnight for locations along and south of those corridors in the threat areas.

Temperatures as of the 12:00 pm roundup were in the 70s for the most part across the area, but Montgomery as entered the lower 80s at 81 degrees. Haleyville was the cool spot at 71 degrees. Birmingham was at 76 degrees. Those daytime highs will max out in the upper 70s to the mid-80s.