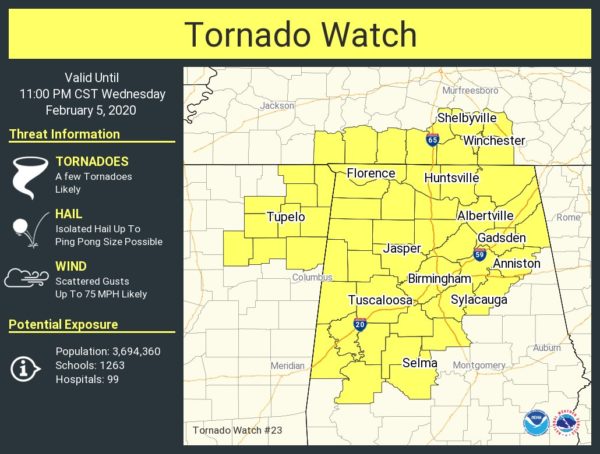 A TORNADO WATCH has been issued for all counties in North Alabama and a good portion of counties in Central Alabama that is in effect from now until 11:00 pm tonight.

A few tornadoes, isolated hail up to ping pong ball size, and damaging winds up to 75 MPH will be possible in the watch area over the next several hours.