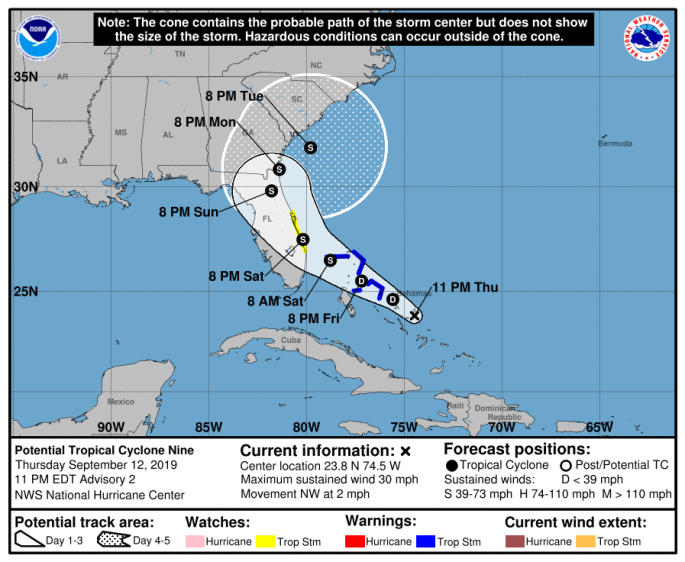 The center of Potential Tropical Cyclone Nine is located about 320 miles to the southeast of Freeport, Grand Bahama Island with maximum sustained winds at 30 MPH. Movement is very slow to the northwest at 2 MPH. Minimum central pressure is at 1009 MB or 29.80 inches.

Tropical Storm Watches have been issued for portions of the east coast of Florida, mainly from Jupiter Inlet north to the Volusia/Brevard county line. Tropical storm watches continue for the Northwestern Bahamas excluding Andros Island.

Environmental conditions are favorable for further development and a tropical depression is expected to form within the next 24-48 hours. 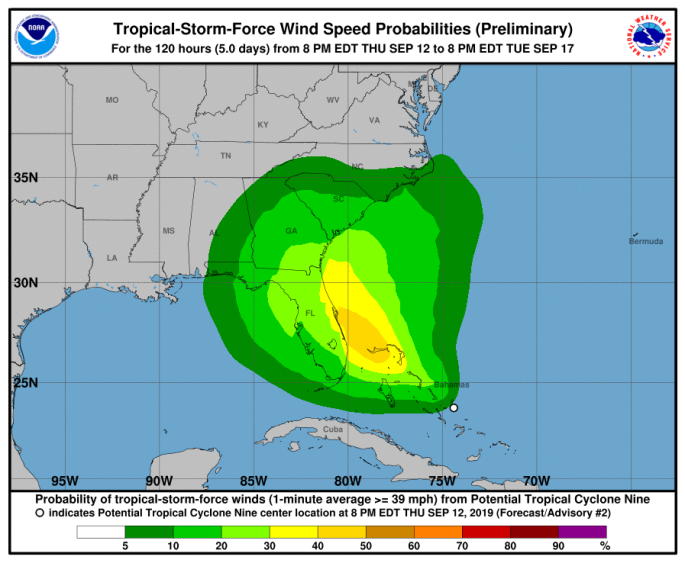 1. The disturbance is expected to become a tropical storm and bring tropical-storm-force winds to portions of the northwest Bahamas within 36 hours. Note that forecast uncertainty for these disturbances is generally larger than for tropical cyclones, especially beyond 48-72 hours.

3. The system could bring tropical-storm-force winds and rainfall to portions of the Florida east coast over the weekend. Residents there should monitor the progress of this system.